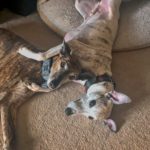 I love dogs, but specifically whippets.  I’ve had 4 whippets over the years.  Currently, we have a whippet named Max and a lurcher greyhound named Gary.  Lurchers are a very sad example of how poorly we can treat animals.  Take a moment to learn about them if you’ve never heard of lurchers. 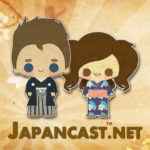 For years I produced and co-hosted the #1 ranked Japanese language podcast in iTunes.  At the height of our popularity, we were in the top 25 of all podcasts in iTunes and the only non-commercially sponsored podcast in the top 50, reaching an audience of 500,000 people per month. 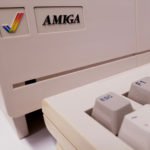 My first ever computer was the Commodore 64, but the computer that I believe sent me toward film production, animation, and motion graphics was the Amiga 1000 computer.  It was years ahead of its time.  In a day when the Mac had an 8″ black and white screen and the IBM PC had 256 colors maximum, the Amiga could run 30fps animations at 4096 colors and output them directly to video.  Andy Warhol created some of his last artistic projects on the Amiga 1000.  It was a fantastic computer. 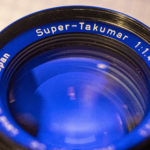 I enjoy collecting vintage camera lenses, specifically Takumar lenses from the 1960’s and 70’s.  I have roughly 75-80 in my collection.  In addition I have a number of vintage Zeiss and Steinheil Munchen lenses.   I also recently picked up a vintage Som Berthiot lens owned by National Geographic cinematographer Yeorgos Lampathakis for my collection.  Above all, my favorite is the 63mm Kodak Anastigmat lens owned by my great-grandfather. 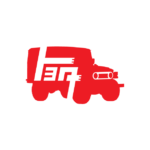 During the dot-com crash of 2000, I decided to learn about cars.  I sold my existing car and purchased a 1977 Toyota Landcruiser FJ40.  I then spent an entire summer disassembling and rebuilding the vehicle from the frame up, including the engine itself.